< Back To Search
2 bed Maisonette Sold

Why buy this home?

'Lodore' was a private house with a paddock and gardens belonging to the Wreschner family (who owned the Foundry in the 1930's) until 1982 when it was converted. In 2006, the complex was turned into a private gated residence made up of eight maisonettes. The maisonette we have the privilege in bringing to the market is part of the private house and so contains some stunning original features.

Being located in the heart of the village means amenities like the local shop and pub are within walking distance. You are also surrounded by character homes so get a real sense of the quieter lifestyle. The complex is accessed through remote controlled electric gates which lead to communal mature gardens and two allocated parking spaces. Within the grounds is also an external storage unit for the maisonette.

As soon as you enter the front door you pass by three beautiful stain glass windows which are not only a great feature to welcome you home, but also illuminate the stairs up to the living space. At the top of the stairs is a gallery landing which has a wooden bannister with metal spindals - an hommage to the traditional vs modern theme throughout this home.

To the left of the landing is the open-plan living space which has triple aspect views over the comminal gardens. The height of the ceilings make this space feel larger meaning that although there is only one living space, it feels more than comfortable. The kitchen has been refitted since it was first converted with sleek grey ash wood units and white quartz worktops. There is an island which houses the induction hob and electric oven so that you can socialise with guests whilst cooking. Other integrated appliances include a fridge/freezer, dishwasher, washing machine and microwave. The lounge area is big enough for sofas and a dining table, and the original chimney breast provides a space to display feature artwork.

The bedrooms are the opposite side of the maisonette to the living space, providiing privacy. The master bedroom feels spacious thanks to the high ceilings and there is ample space for wardrobes. The ensuite has a double shower cubicle and a tiled floor. The second bedroom is a generous size with an alcove for wardrobe. This bedroom is serve by the family bathroom which is fully tiled around the bath and has an overhead shower.

The maisonette also benefits from a substantial loft, which although can't be officially converted to a room, could be used as ample additional storage or an unofficial living space like some other neighbours.

More about the location...

Deanshanger is a village and civil parish in South Northamptonshire, west-northwest of Milton Keynes.

The village has village hall and community centre to provide a venue for events and facilities for community groups, a doctor's surgery and a library. Other amenities include a primary school, and a secondary school, Elizabeth Woodville School, which is split over two sites across the town. The schools' grounds include the site of a Roman villa.

There is a parish church (Holy Trinity, Church of England) and a Methodist chapel, a post office, a pub and two members' clubs (sports and social, Conservative club), a pharmacy, a hairdresser, a pizza and kebab takeaway, a Chinese and fish and chips takeaway, a mobile takeaway, and other village stores and newsagent's shops including a greengrocers. In December 2015, The Co-operative Food opened a store on the High Street, where The Fox & Hounds Public House was situated. On the edge of the village on the A422, is a golf and country club, a hotel, an Indian restaurant and a petrol and service station.

The village is home to Deanshanger Athletic Football Club, founded in 1946. The club consists of two men's teams who play in the North Bucks & District Football League, an under 18's team, competing in the Milton Keynes Youth Football League, and as of June 2017, a Ladies team, the first time the club has offered ladies football at a senior level. For children, there is a pre-school playgroup, youth club, and the junior football club, Deanshanger Colts.

The village's annual event is a revival of the historic Feast held on a Saturday afternoon and evening in October each year. This includes a fun fair, stalls and firework show.

There is an active village heritage society that organises the Feast, the planting of spring flowers on the roads into the village in autumn, cleaning of the stream (the King's Brook) in spring and carol singing in December.
Council tax band: NotSet

To discuss this property please contact Dominic Marcel on:
01908 465700
dominic.marcel@kwuk.com 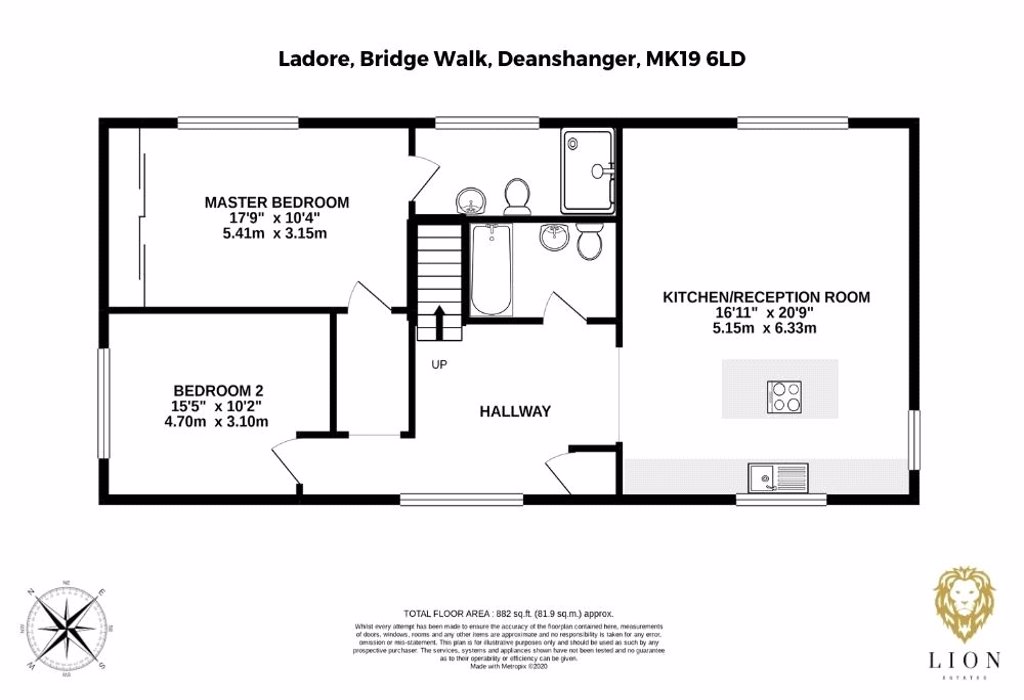 This website uses cookies to improve your experience. We'll assume you're ok with this, but you can opt-out if you wish.
By clicking “Accept All”, you consent to the use of ALL the cookies. However, you may visit "Cookie Settings" to provide a controlled consent. Read more here.
Cookie SettingsAccept AllReject All
Manage consent

This website uses cookies to improve your experience while you navigate through the website. Out of these, the cookies that are categorized as necessary are stored on your browser as they are essential for the working of basic functionalities of the website. We also use third-party cookies that help us analyze and understand how you use this website. These cookies will be stored in your browser only with your consent. You also have the option to opt-out of these cookies. But opting out of some of these cookies may affect your browsing experience.
Necessary Always Enabled
Necessary cookies are absolutely essential for the website to function properly. These cookies ensure basic functionalities and security features of the website, anonymously.
Functional
Functional cookies help to perform certain functionalities like sharing the content of the website on social media platforms, collect feedbacks, and other third-party features.
Performance
Performance cookies are used to understand and analyze the key performance indexes of the website which helps in delivering a better user experience for the visitors.
Analytics
Analytical cookies are used to understand how visitors interact with the website. These cookies help provide information on metrics the number of visitors, bounce rate, traffic source, etc.
Advertisement
Advertisement cookies are used to provide visitors with relevant ads and marketing campaigns. These cookies track visitors across websites and collect information to provide customized ads.
Others
Other uncategorized cookies are those that are being analyzed and have not been classified into a category as yet.
SAVE & ACCEPT